CAN YOU MIX MIXTURE OIL? 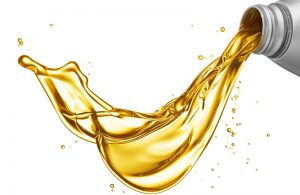 At the beginning motorists the question arises: is it possible to mix oils of different manufacturers, categories and viscosity classes? Let’s figure it out.
IF OIL IS DIFFERENT MANUFACTURERS Any oil consists of a base and a set of additives that give the base oil-based individual qualities. The possible incompatibility of the fundamentals of different manufacturers is covered by the first problem – different manufacturers have different technologies and ways of producing the base, which in the end may have different physical properties (this is especially true of synthetics). Due to the unevenness of the bases, problems may arise when mixing enough identical synthetic oils, but from different manufacturers. This happens because a much more serious factor comes into play – additives! Let me explain: in order to achieve the same performance for viscosity and temperature conditions set in our example by the standards of 10W40, manufacturers solved completely different tasks, determined by the properties of their own basic basis. And a set of additives, which ultimately solves their task of reducing to the standard, can turn out to be radically different. And when these two different sets of chemically active elements, with which additives are, begin to interact with each other … I recommend reading: “How to choose the right oil for the engine?”.
IF OIL IS OF DIFFERENT CATEGORIES We have considered a simple case – but imagine if we mix also oils of different categories: for example, mineral and synthetic. One of the dozens of problems that arise: mineral, unlike synthetic, does not have a stable viscosity, and it is necessary to use an appropriate additive in it, and this is how it will affect the synthetic component of the mixture – and this is just one problem. Moreover, it is unclear how the additives will interact with each other over time. Therefore, it is absolutely not recommended to mix different oils – it is difficult to predict what will happen in the end. The main problems that may arise are the following: Engine contamination – ring coking, slag deposition, etc. Part of the additives precipitated or their effectiveness reduced. Increasing oil viscosity up to its complete collapse and clogging of oil conducting channels. The result can be deplorable – the need to overhaul the engine or approach it by leaps and bounds.
WHY MIX? Sometimes a difficult choice situation arises: if it is impossible to immediately refill the same oil, take a chance and refill another. Globalization and unification can have a positive effect on the market: bases and, in particular, additives are produced by a small number of manufacturers, which significantly reduces the problems of their compatibility, moreover – manufacturers know this problem and gradually try to level it. Positive examples of those drivers who did not have (or did not notice) negative effects increase the influence of the factor of amphibian asphyxiation (easier – the toad is choking), if somewhere the polcanistra seemed to be lying pretty good oil. Here, each driver makes the decision himself: is he ready to risk for the sake of momentary saving of money / time / reduction of problems or not. If “yes” – listen to the general recommendations, which are designed to reduce the likelihood of problems: Never mix different types of oils (mineral and synthetic, for example) As a last resort, you can mix the oil of the same manufacturer, but of different types (for example, Mobil synthetics 5W30 and synthetic Mobil 5W40). It is desirable to change it later and the filter. Having added up to 10% of a similar oil should not affect its properties (approximately it remains in the engine when replacing) Different oil and different manufacturers – only as a last resort. All the same, remember that you and precisely you risk mixing oil! P.S. I myself was in this situation – the synthetic Elf 5W40, which I could not find anywhere, was flooded in the car. In the end, I decided that the synthetic oil of Total 5W40, with which Elf is in one group, will be close enough to the base and additives. Having added 20% of this oil, I have not lost anything. But it was my decision …