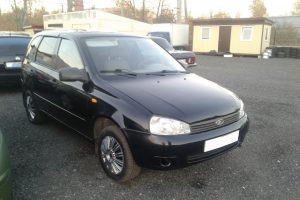 What, where and how are we looking?
AvtoVAZ never pleased us with interesting restyling (he pleases with machines one more time), so we are looking for any first-generation car. The Kalina-2 (VAZ 2192/2194) will be viewed somehow separately: this is a completely different car, technically more similar to Grant.
Usually in this place I tell which one is better to choose a motor or box, but this time the details will not be for obvious reasons. Here you need to try to find at least a more or less an entire body: in terms of the speed of decay, the VAZ car proudly competes not even with the Moskvich 2141, but with the German premium in the person of Mercedes W210. But if you repair a “tin” with a “lupat” there is some sense, then this is absolutely useless thing on Kalina: this car will not become a “classic” and in the near future there will be no fight for it at retro car auctions.
So let’s be straight to the extreme – we see the whole body and buy. And only then we look, what motor stands there. There is no need to choose a box at all, it is there alone – a five-step mechanical monster howling at the moon. If it includes all programs (especially the second one, which synchronizers die very quickly for some strange reason), then this is already a good thing.
As usual, we’ll search for ads on Avto.ru and Avito. On sale of these cars a lot, so you can do without car dealerships. True, there are also pitfalls here, but more on that later. But with a choice …
With a great desire, you can search for the first Kalina of the end of 2012 or even 2013, which already had a box from Kalina-2 with a cable drive. This PPC howls in the same way, the synchronizers are also short-lived, but at least the gears are switched at least more accurately.
Motors of the first Kalina please with penny details and comparative reliability, because there is almost nothing to break into them. So, what kind of engines can you get with this car?
The most unpretentious – a 1.6-liter VAZ 21114/11183, leading its pedigree even from the popular 83rd engine. Power – 81 hp, and love it for the fact that when the timing belt is broken, the valves remain intact. Owners VAZ this feature is very much appreciated.
The second engine is a 1.4-liter sixteen-valve VAZ 11194. It also has eight-root roots, but is not so simple and reliable. He may jam the pump and collapse the timing belt rollers, which leads to the breakage of the belt itself. The valves are oppressed perfectly, so they are not very fond of him, because the quality of VAZ spare parts is very, very unstable.
Well, the most powerful engine is the Priorovsky VAZ 21126. With its 98 hp. Kalina runs really smartly. Enough of his thousands of 200 mileage, but malfunctions can occur much earlier. Their list is quite voluminous: from non-working sensors (primarily DFID) to burnout of pistons, premature wear of cylinders and piston rings.
In general, if the owner of the car was able to keep the body in good condition, then, I suppose, he also followed the engine, and it is not necessary to wait for big troubles from him. As a last resort, any of these engines can be repaired from any Uncle Vasya for the money that is symbolic of modern times.
Pledge on this search will be conditional 170 thousand rubles. In general, the AUTOMAMA evaluation service shows that the recommended market price for Kalina 2009 in a condition typical of its age will be 159 thousand rubles. Of course, good specimens start at 185. Let’s see what we can find somewhere in the middle. And we will see cars from 2009, and fresher, from 2012. Suitable for the price offers are, why not go. Well, and finally, as usual, I will talk about a single copy that came to us in the winter. Spoiler: almost perfect, inexpensive, sold immediately.
Dear you are my …
The first car will cost us 155 thousand. The car was released in 2012, the mileage is 100 thousand kilometers, the engine is an eight-valve 1.6-liter VAZ 21114. The owner is one, although instead of the original PTS, there is only a duplicate…
Praising his car, the seller emphasized that she was in her native paint. So it turned out – no one painted this car. It seems to be good, but not very: all potentially dangerous places (arches, bottom of doors, hood edge) are rusty on the car. And the rest too. For the car produced in 2012, a surprisingly large amount of rust, even for the Lada.
Well, if the car began to rot at the seams, you need to check them especially carefully. And under the hood, and under the trunk upholstery. You will not believe it, but there is rust wherever you look.
Pay attention to two details. The last photo was taken in the luggage compartment pocket for access to the rear lights. Here it is clear that there is corrosion inside the body. Well, the second interesting detail is visible in the photo of the bolts of the right front wing.