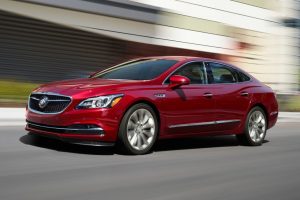 On the eve of the Los Angeles Motor Show, General Motors announced a large-scale restructuring of its business, during which eight plants would be closed (five of them in North America) and about 15,000 employees were laid off. Tough measures due to the “hazy future” will allow the corporation to save about $ 6 billion.
What, everything is so bad? Not at all, but the corporation is worried about the two main trends of the global automotive industry: electric cars and UAVs – it seems that without them we cannot survive in the next decade, but it is difficult to predict the demand and costs for developing such equipment, because before GM has experience in mass production of electric vehicles and the more drones were not. As for traditional cars, GM plans to bet on what they take, that is, on pickups and crossovers, and put everything else under the knife. In essence, the position is exactly the same as the Ford company is now occupying, the same vector of development adheres to FCA.
Mary Barra (head of GM) and Jim Hackett (head of Ford) are now clearly on the same wavelength. Mary Barra (head of GM) and Jim Hackett (head of Ford) are now clearly on the same wavelength.
Cars in the US are getting worse and worse, and American automakers are preemptive, that is, they leave non-profit and low-profit segments. So, General Motors decided to close the plant in the Canadian city of Oshawa (Ontario province) until the end of 2019, where they produce Cadillac XTS and Chevrolet Impala sedans, as well as Chevrolet Silverado / GMC Sierra pickups (their production at other J-Em plants, of course, will continue ). Already in the middle of next year, a plant in Detroit will be built, which produces Buick LaCrosse, Cadillac CT6, Chevrolet Impala and Chevrolet Volt. The plant in the city of Warren, Ohio is also subject to closure (approximately in the spring of 2019) – compact cars of the Chevrolet Cruze are now coming off its conveyor.
The Chevrolet Cruze is still selling well in the US, but the GM management is in a hurry to part with it. Chevrolet Cruze is still selling well in the US, but the GM management is in a hurry to part with it.
The transmission plant in another Warren, Michigan, and a component manufacturing plant in White March (Maryland), according to an official GM statement, may be closed, that is, there is no final decision on them yet, but trade unions have no doubt: if the sword enrolled, it will soon fall on their heads. GM also announced its intention to close two plants outside North America, but has not yet determined which ones. Earlier, the corporation announced the closure of the plant in the South Korean Kunsan.
Together with the reduction in the production of machines accounted for
reduce and the production of components for them. Together with the reduction in the production of machinery, it is necessary to reduce the production of components for them.
In total, GM plans to withdraw eight enterprises from its balance sheet. On the street, as a result, there will be about 15,000 workers (of which approximately 8,000 are in North America), and thus the total number of corporate employees will decrease by 15%, and the number of executive employees – by 25%. These measures will allow GM to free up about $ 6 billion by the end of 2020 and direct them to the innovative sectors with which the corporation links its bright future. We add that recently it became known that GM will sell its canned plant in St. Petersburg.
Donald Trump and the unions predictably went berserk at GM’s plans. The American president said that the decisions taken by the corporation were not related to the “tariff war” and advised her to “make the cars that are sold and return everything back” (that is, to cancel the decision to close the plants). The United States Automotive Workers Union spoke about GM’s solutions even tougher: he called them “a slap in the face of a country that saved the corporation from bankruptcy ten years ago.” In turn, Canadian Prime Minister Justin Trudeau called GM’s announced plans “deeply disappointing.” We also note that the promise to preserve automobile plants in the United States was one of the main points of Trump’s election program: he said that “he would force automakers to return to America,” but in fact it turns out exactly the opposite …
Cadillac xtscadillac xts
Now let’s take a look at those models that will soon leave the US market. Yes, it will be abandoned, since their exports from China, Mexico and other countries do not make sense due to Trump’s zealous attempts to defend themselves against duties from “cheap imports.” The most massive model to be reduced is the Chevrolet Cruze: in the first three quarters of this year, 109,662 units were sold in the US market, 26.5% less than in the same period of 2017. The Japanese Honda Civic is the leader in the compact segment of the American market: 255,036 units have been sold in nine months, but sales are also dropping from it (-10.3%), as has most of the other competitors.